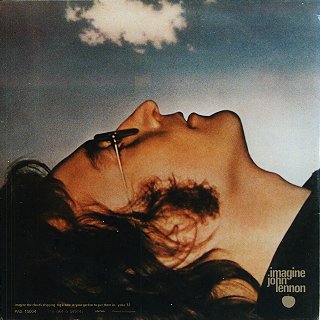 Can you remember what you were doing 29 years ago today?

I can.  It was my day off. I dragged myself out of bed mid morning, turned the kettle on and then the radio.

Shocked by the news, I never got my morning cuppa.  I sat all day, stunned,  as a crackly medium wave Radio City struggled to reach over the Welsh mountains. They played Beatles tracks all day back-to-back.

John Lennon had been shot.

The following day I was back at work for the Evening Leader newspaper.  Myself and feature-writer Carol James were the only newspaper people John’s ex wife Cynthia would talk to at that sad time. We interviewed and photographed her at her home in Castle Street, Ruthin, whilst the photographers from the Nationals were dropping mind-blowingly huge cheques through her letterbox desperate for exclusive pictures and an interview.  She tore them all up.

We got through the door because we were journos she could trust to be sensitive and not sensationalise how she felt about John’s death, having previously done a feature about her charity work a few months earlier and prior to that a promotinal peice about her book A Twist of Lennon.

For me, the whole thing was made far more poignant since I’d been part of the 60s/70s music scene myself.

My band, The Executioners, had graduated from the local village hall dances, through the Chester and Deeside working-mens clubs, to earn our place on the Mersey Beat scene. We played the Cavern, The Iron Door, Tower Ballroom New Brighton and many other Merseyside Clubs, alongside the likes of the Searchers, The Big Three, Freddie Starr and the Midnighters, The Black Abbots, and the Undertakers.

Sadly, we were never on the same bill as The Beatles, so I never got to meet John Lennon.

It was spooky when some time later, I photographed Julian Lennon as a young man because at that time he was just like his father during the Cavern years.

Today, 29 years after his untimely death, John’s music is as fresh and meaningful as back then. It will live on forever. But I often wonder what he would be doing now had December 8th 1980 never happened.