Bouncers bounces back to the Royal court 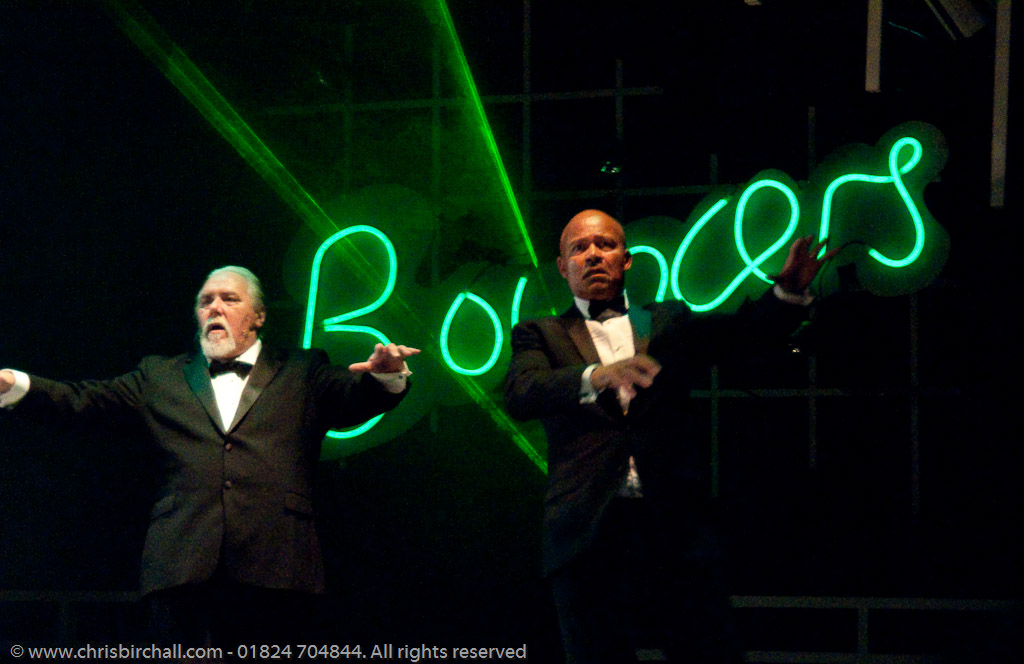 Following a hugely successful airing twelve months ago, John Godber’s comedy, Bouncers has bounced back onto the boards at the Royal Court. 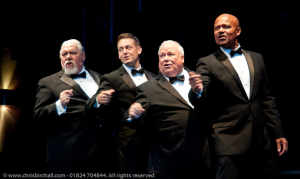 Although it wasn’t specifically written about Liverpool and indeed has had audiences splitting their sides in every corner of the country, the play is absolutely perfect for this city.  When the Royal Court’s chief executive Kevin Fearon first saw the play at the Everyman almost thirty years ago, he remembers it struck him that it was so very typical of Liverpool in the eighties.

In bringing it to the stage here for the second time in two years, Kevin put it in the capable hands of director Bob Eaton, who he knew would present Godber’s work in a manner fitting with the deep rooted ethos of Royal Court comedies.

A great comedy needs a great cast and the theatre has come up trumps with Danny O’Brien, Michael Stark, Paul Broughton and Louis Emerick.  Four great comedy actors, Michael, Paul and Louis, of course, share not only their natural scouse humour but a long history of working together, having cut their acting teeth on the set of Channel 4’s famous soap, Brookside. They are great pals off stage too and just to be in their company is like being part of an impromptu comedy sketch.  Knowing each other’s humour so well gives a special edge to any comedy script. 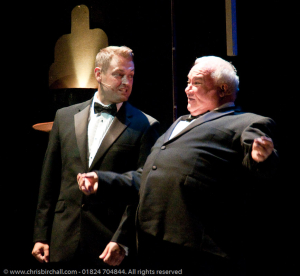 Danny O’Brien has earned his Royal Court stripes too.  This is his eighth appearance here and he falls into the roles as if he was born to them.

This play revolves around four burly blokes on the door at a city night club and the diverse range of characters they come across during the course of a night.

In addition to playing the hard-nosed security crew, they switch variously, and believably, to portraying rowdy drunks, likely lads on the pull, giggling scouse girls on a hen night, and a whole host of other characters.

Michael’s portrayal of a scouse 20-something hairdresser on a girly night out was one of the funniest things I have ever seen.  So funny but so real too. In fact all through the play, you could tell by the audience’s reaction that they identified with so many of the characters as each of the four repeatedly pulled yet another gem out of the bag. 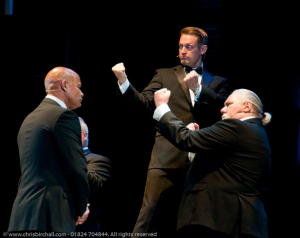 Bouncers is a must-see if you enjoy good laugh.  It is fast moving, full of fun, and with some of the best one-liners you will ever hear. Yet amongst all the high jinks and mayhem are brief moments of poignancy where Lucky Eric (Paul Broughton) delivers three sensitive monologues on rights and wrongs and the morals of the time.

Tickets for this fabulous play start at £13.  If you’ve never been to the Royal Court before, I promise you will fall in love with the place. It has a bar right there in the auditorium and if you are seated in the stalls you can even order a meal before the show.  It has to be said that if you’re looking for a high-brow “lovies” theatre, you’re in the wrong place.  This is a down-to-earth, honest-to-goodness establishment with a heart-of-gold welcome.

The play runs until August 16th and you can reserve your tickets on-line.

Local music club goes international At the end of the day