Once a Catholic – Review 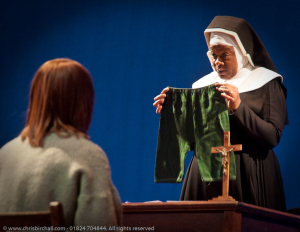 Thirty-five years ago Mary O’Malley’s Once a Catholic first played at Liverpool’s Royal Court, having premièred two years earlier at the theatre’s namesake in the capital.  Back then, angry crowds took to the streets of Liverpool with placards beseeching theatre goers to give the irreverent comedy a wide berth. Back then it was very controversial, described in equal parts as “scathing, disturbing, hilarious, and shocking”.

So has it survived the test of time? The answer is a resounding Yes!. 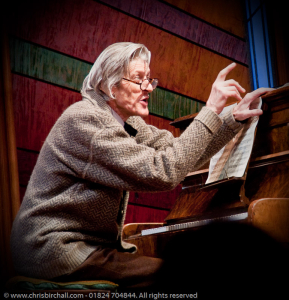 Once a Catholic is a joint production between the Royal Court and the tiny Tricycle Theatre in the north London borough of Brent, where it ran from November 21st until January 18th to sell-out audiences.

Under the directorship of Kathy Burke (of Harry Enfield and “Gimme Gimme Gimme” fame) the play, with its cast of ten and its quite considerable production company, transitioned seamlessly to the larger venue.  Kathy herself first read the play in her teens at the start of her acting career and was delighted to have had the opportunity of directing.  “Once a Catholic evoked locked-away memories of my unhappy school days at a Roman Catholic school headed by nuns”  she said.

Set in the classrooms of Our Lady of Fatima, the story itself revolves around the perceived stereotypes of convent school staff and pupils. Clare Cathcart, Kate Lock and Cecilia Noble were very funny as Mother Mullarkey, Mother Aquinas and Mother Peter, whilst Richard Bremmer’s portrayal of the irascible music teacher, Mr Emmanuelli, was absolutely hilarious. 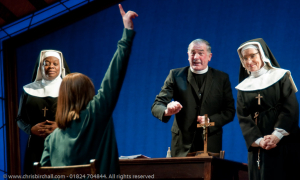 The three young actresses who played the parts of the even younger pupils, all named Mary, did so very convincingly.  It felt a bit strange during the earlier scenes, having them sit with their backs to the audience – usually a big no-no in theatre – but in this instance it actually helped to convey the classroom environment.

Throughout the play we witness the amusing ways these girls cope with the religious dogma that is forced upon them. Once A Catholic is full of hilarious moments, whilst also questioning this form of education and its place in present day society.

Once a Catholic is a must-see and a great start to the year. It runs at the Royal Court Liverpool until February 8 2014.

Disney Dream Portraits by Annie Leibovitz Did you get my best side?