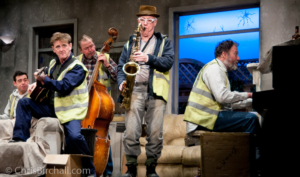 Just as the ‘Beast from the East’ turns up to disrupt our lives, the ‘Lads from the Depot’ have a sure-fire remedy for our winter weather blues: They’ve downed their picks and shovels and picked up their instruments to jazz up the job cards and make merry hell and mayhem.

Dave Kirby’s script has no real story-line, and none was needed. It follows the antics of a bunch a council shirkers as they clock-on, clock the boss leaving, and make music until it’s time to clock-off again. 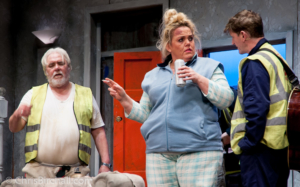 This brilliant comedy writer cleverly explores the dynamics between the diverse characters, and the power struggle between the music-loving lads and the belligerent foreman, Harry, played by Paul Broughton.

The musical talents of the Royal Court’s regular pool of actors is second to none. Jake Abraham, Roy Brandon, Andrew Schofield and Phil Hearne are up there amongst the best, with the added bonus that humour is second nature to them. They deliver musicianship, acting and comedy in equal measures. 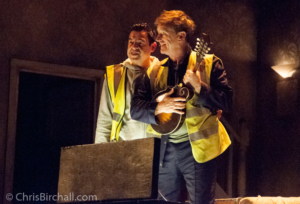 The one female voice was a powerful one, belonging as it did to the magnificently talented songstress and comedy actress, Lindzi Germain.

The company has a long tradition of staging comedy musicals with the distinct lack of an orchestra pit. Every single note was played and sung live on stage, and the music was as tight as any band of professional musicians without the added complications of stage direction, dialogue and slapstick comedy. This talented cast made it look so easy.

Council Depot Blues is a 5-star show with all the musical mirth that we’ve come to love and expect from Liverpool’s Royal Court. 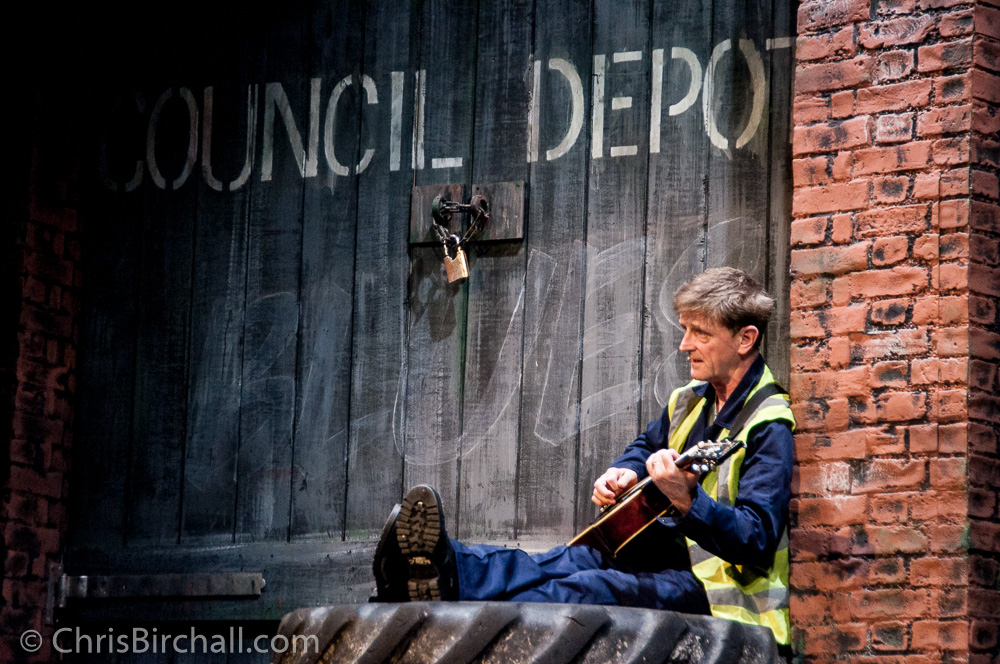