Down Our Street – Review 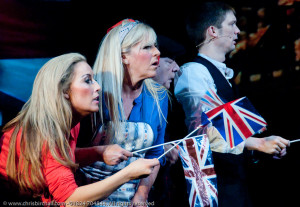 If you like your musicals to have a great story line, emotion, poignancy and humour, then Down Our Street will be just up your street – so to speak!

The “street” in question could have been any or all of the streets in Birkenhead and the characters represent the thousands who worked at or were connected to the town’s world-famous shipyard.  The story tells of the rise and fall of Cammell Laird from the hectic war years and the boom times that followed, through the decline of the ship-building industry during and reflects upon the effect this had on the ordinary people whose work there had shaped their entire lives right up to the present day. 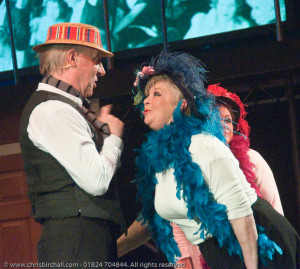 The Thatcher effect
And what a co-incidence that I should be writing this review today, as the funeral takes place of one of the people who during the seventies contributed to Shipping being stripped of its special status to become just another industry.  A senior civil servant is quoted as having told Sir Robert Atkinson, the then chairman of British Shipbuilders, “Margaret wants rid of shipbuilding. Remember that…”

Wider Appeal
It had crossed my mind that this play would only appeal to Merseysiders.  And certainly,  watching the occasional tear being wiped in the audience last night, many had indeed been very closely involved.  However, the same story could easily relate to almost any area of the country and any of the industries that had gone through similar doldrums.  I personally never had any direct connection with Cammell Lairds, but I did live though and was affected by those austere years. 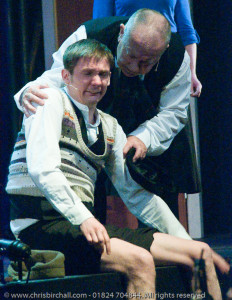 “What I am saying is don’t think this play is not for you just because you or your family weren’t directly affected.”

Laughter and tears
There were great moments of humour, wonderful singing and plenty of tear-jerking scenes  from a fabulous cast who each performed a multitude of characters ranging from upper-class toffs through to rank and file working (and shirking) Merseysiders. They did so with passion and compassion, giving a performance of the quality we have come to expect of the Royal Court and doing fine justice to Brian McCann’s script.