…or should that be Scary! 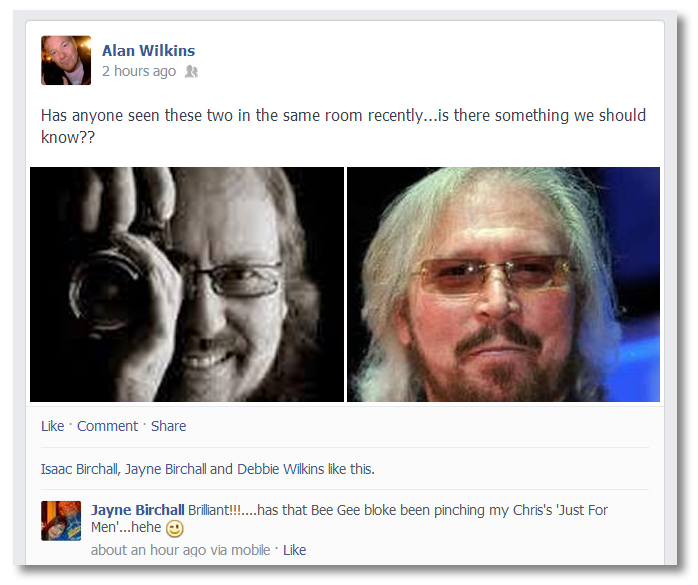 Anyway, surely it’s only the glasses and the face fuzz isn’t it?  I don’t really look like him,  do I?   I’m sure you will tell me!

Apart from having more “silver among the gold” than I have, Barry Alan Crompton Gibb CBE, warbler of this parish, is a lot older than me.  Well… eleven whole months older actually!   😕

Actually, it’s not the first time the resemblance has been pointed out.  Only a couple of years ago, a young New Year’s Eve reveller up on the town square staggered in to me and by way of an apology said: “Hey man, Stayin’ Alive“!

Any resemblance wasn’t obvious 30 years ago though because I spent an hour or so in Barry Gibb’s company doing a photo shoot and nobody mentioned it.

At around that time I was once mistaken for Eric Clapton.  I was getting ready to cover one of his concerts and as I climbed into position at the side of the stage, someone switched the spotlight on me and a huge roar went up from the crowd!

These days unfortunately, thing have decidedly gone downhill as I now have more than a passing resemblance to Dave from the Hairy Bikers.

I taught him all about mashing potatoes you know!