Henry Priestman and Elfin Bow at the Black Park Chapel 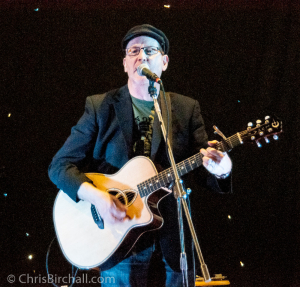 H.P. sauce was on the menu last night. Sauce, banter, gags, giggles …oh yes, and some belting music too!

All this was served up by Henry Priestman and Les Glover at the very first gig to be held at the newly refurbished Black Park Chapel in Halton near Chirk, a community driven project with the aim of protecting our heritage and encouraging expression, confidence and creativity through music. 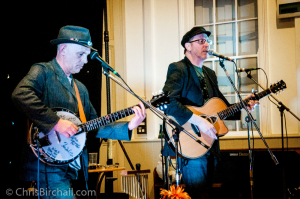 Since leaving Merseyside band, The Christians, Henry has forged himself a solo career playing venues all over the country, from Festivals to Folk Clubs, grand Theatres to humble House Gigs. Tonight he was performing with trusty sidekick Les Glover. They make a great double act, music’s answer to Morecambe and Wise. And yes they did “bring me sunshine” on a dank cold evening. Highly entertaining, with lots of laughs between the songs as they ribbed, teased and bounced off one another. 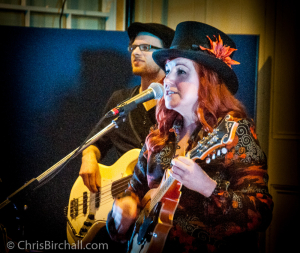 But if H.P. and Loved-up Les were the main course, we were served up a tasty starter in the form of Elfin Bow.

Having been a backing singer in many bands, including that of her husband Gary Edward Jones, the deliciously diminutive Elizabeth Ann Jones has recently struck out on her own, forming Elfin Bow, comprising Oscar South on bass and electronic wizardry, and with Maz on backing vocals. 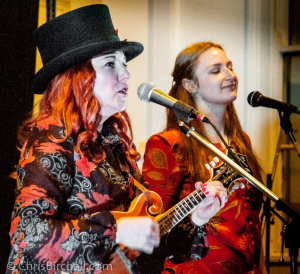 Their performance was so polished it was hard to believe this was only their third or fourth live gig.

Their set opened with a beautiful, haunting, almost choral-like number, sung a-cappella, save for some very subtle synthesized backing produced by Oscar’s box of tricks.

And as the set continued, it was easy to see that this flame haired songstress is set to establish a firm foothold on the music scene with a unique and refreshing style all of her own. I can’t wait for the release of Elfin Bow’s first album, which is currently in the making. 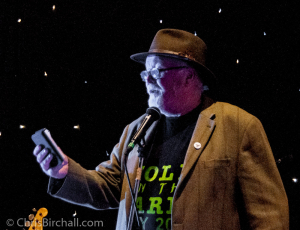 The whole evening was a musical treat that did far more than just whet the appetite for the subsequent monthly concerts that have been planned by godfather of the local music scene, Mark Holdsworth (right) as an adjunct to his popular Narrowboat Sessions.

One of my favourite moments was when Elizabeth joined Henry on stage the lovely ballad Valentine Song that Henry co-wrote with Lotte Mullan.

Let’s hope the Black Park Chapel will become a sought after and well supported music venue, and fulfil its aim to raise money for good causes. The next concert features Gary Edward Jones on May 21st.