What an absolute delight it was to photograph this show, and its talented cast, both adults and youngsters alike.

Every time I looked around me in the auditorium, I was struck by the awe and adulation on the faces, and at times, it wasn’t difficult to detect a tear or two as well.

The cast list was as impressive in number as the performances were in terms of talent. More than twenty adult actors and no fewer than forty youngsters made up the cast, and every one of them as accomplished in the singing, dancing and acting departments as you could possibly ask for. 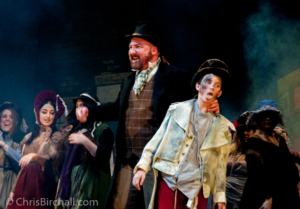 The youngsters were split into three “teams” who would alternate on performance nights, so as not to impact too much on their schooling.

On the night we were there, it was Team B “Nell’s Team”, who were on stage, and the stars who shone brightest were little Evie Kaufman in the role of Nell, and Louie Gray, who was ‘her Benny’. Their on-stage presence and the magic they spun as they danced and sang, won the hearts of everyone in the auditorium. How proud must their parents have been!

The play itself first emerged twenty-five years ago from the pen of Anne Dalton, having adapted from a book by novelist Silas K. Hocking, who died in 1935. 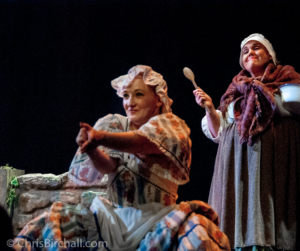 The show if very much Anne’s baby, also being producer, director, composer and lyricist. Back then, Her Benny won “The International Quest for New Musicals” award, and has matured over the years into a fine musical that provides an insight into what life must have been like in Victorian times, when the class divide was at its greatest.

This is an absolute gem of a show. A definite ‘Must-see’.

Her Benny runs at the Royal Court, Liverpool, until February 10th.