Letter from a Lance Armstrong fan 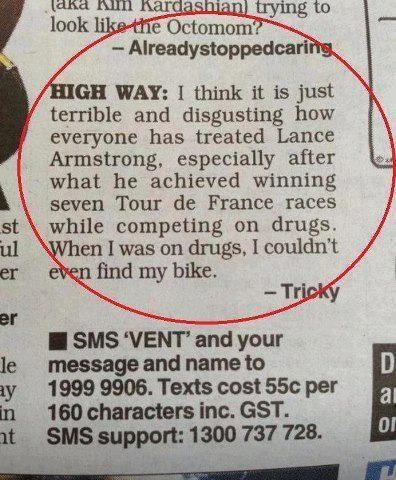 (from Wikipedia)
Lance Edward Armstrong (born Lance Edward Gunderson; September 18, 1971) is an American former professional road racing cyclist. Armstrong had won the Tour de France a record seven consecutive times between 1999 and 2005, before being disqualified from those races and banned from cycling for life for doping offences by the United States Anti-Doping Agency (USADA) in 2012.