New Acoustic Club – Down at the Crown

It is always nice to see new folk and acoustic Clubs emerging.  We went along to the launch of “Down at the Crown” at the Crown Hotel in Llandegla.

Initially, there were just two events planned, yesterday’s Singer’s Night which featured a “showcase”  spot by Ruthin’s Harry Robertson and John Bass, and another on May 13th which will be a “Guest Night” featuring local folk band Offa

The first event was very well attended with a host of singers performing a wide variety of syles.  Harry and John were on top form and their extended spot included many of the blues numbers for which they have become known and rounded off with an excellent cover of the Eagle’s Hotel California.

Pretty much every seat in the room was taken by an appreciative audience and there were welcome bowls of chips, onion rings and french bread served up half time by the lovely new folks who run the pub.

Organisers Barry and Kath Evans were delighted by the response and are considering making this a regular twice-monthly event.

or keep checking the Hairy What’s-On page for updates. 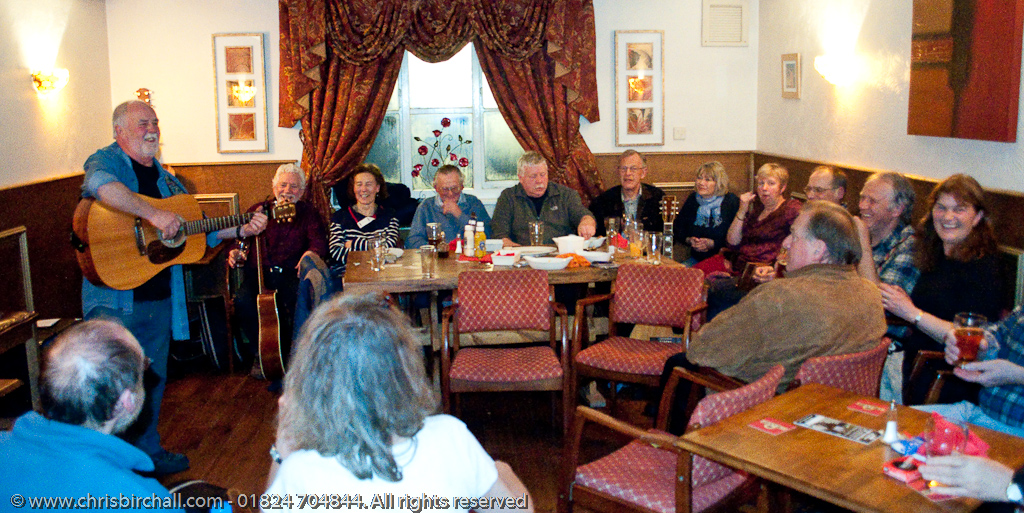