Our Morals at Rhyl Acoustic Club 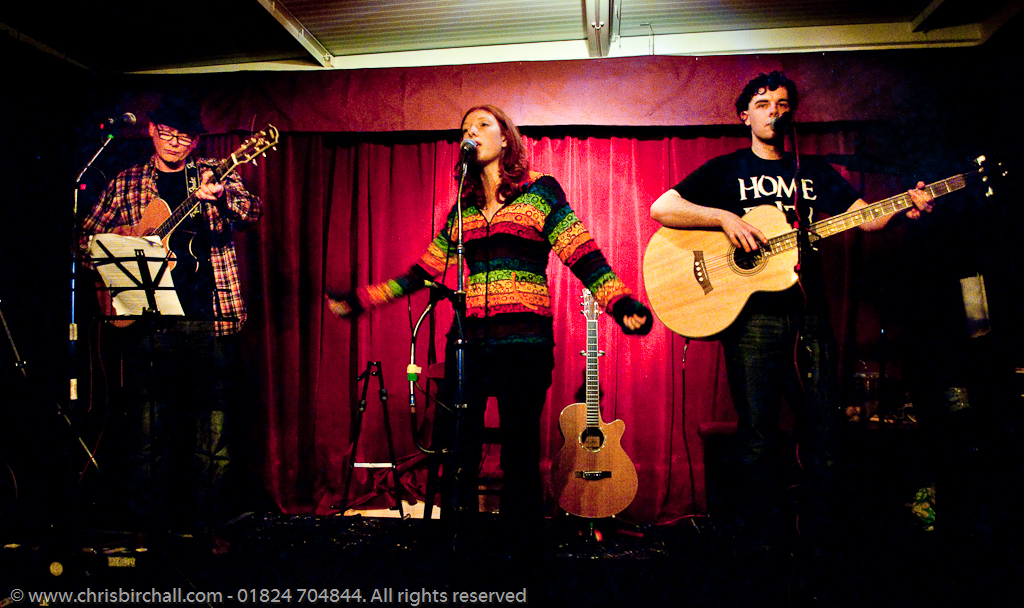 Well I don’t know… Some people have no morals!  Last night however, Rhyl Folk and Acoustic Club had three – in the shape of Merseyside Folk trio Our Morals.
Vinny Spencer, Emma Runswick and Josh Cartwright are regulars at the Wallasey Folk and Acoustic Club, and house band at Radical in the Casa Bar on Liverpool’s Hope Street.

Our Morals are a band who draw upon the best traditions of the Folk and Acoustic genres which they also inject into new songs that have something to say about what is going on in the world today.

Their forty minute spot was professionally and unpretentiously presented and very well received by a full house at the Football Club venue.  They gave us a nice mix of covers and original material, good humour and scouse banter.  Around a dozen floor singers also contributed a couple of numbers each, making for a varied and highly entertaining evening.

Mermaid on the rocks Hairy

The Key to Success – Just Relax and Get Banned

Click here for an up-to-date listing of what’s on and the Cavern Club and the Cavern Pub THE CAVERN CLUB IS THE CRADLE OF BRITISH POP MUSIC, THE PLACE WHERE THE BEATLES MUSICAL IDENTITY WAS[...]
View Calendar
Add