Is the a professional press photographer a thing of the past?

These wise words on Facebook today by professional photographer David Simm of Illinois are an astute observation about the way the advancements in digital photography has led to an erosion of standards and has actually damaged our profession almost beyond repair.

It is almost inconceivable: The Chicago Sun Times and all it’s suburban subsidiary newspapers have just fired all their photographers, yes almost 30 photographers with varying levels of expertise have been thrown on the scrap heap.

It is a very sad indictment of the lack of esteem that professional photography has in the eyes of the world.

“It’s as easy as blinking ‘click’ ” was the mantra thrown out by Kodak some years ago, we professionals don’t have much to thank the Great Yellow Father for, since almost everything they ever did was to perpetuate the high volume snapshot market at the expense of the profession and I for one am glad it brought about their demise long before ours.

It is indeed very difficult in an industry, like wedding photography, where the client is predominantly a one time buyer, to combat the notion that you don’t need to pay a professional. The client only ever learns of his/her mistakes after the fact when it is too late and for the photographer that too late doesn’t work for every client lost to the snapshotters and iPhone professors is another nail in the coffin of a once great profession that is being ravaged by apathy.

David is a native of Wigan who now lives in Illinois where he runs his own photography business.

Erosion of the industry
In reality, the industry has been gradually eroding for years.  I myself got out of press photography twenty five years ago because I could see the way things were going – and that was way before the digital revolution made everyone and his uncle believe they were “photographers”.

I was employed as a features photographer for what was at the time, Britain’s fastest growing evening newspaper.  There were two of us in the seven strong photographic department dedicated to illustrating the fabulous human interest stories produced by the talented feature writers.  It was the newspapers strength.  As photographers, we were given free reign so far as creativity was concerned. Pictures were used big and bold by the enthusiastic team of sub-editors.

It was during the era when nationals such as the Independent and the Observer used the power of exceptional imagery to sell their editions. A picture in those days really was worth a thousand words!

Then the accountants took over the newspaper.  Accountants whose idea of vision didn’t extend to anything visual.  Anything beyond the edge of the balance sheet was completely out of focus.

They announced they would manage with four photographers, all ‘jack of all trades’.  No more of what they called ‘elitist’ feature photographers… how did they put it? …prancing about taking ‘pretty pictures’.

They forgot what is was that had gained them the “Fastest Growing regional Newspaper” awards for several years running and reverted to being a bog-standard rag.

I fought the change and won a few battles but lost the war and eventually left with a small tribunal-awarded pot of compensation.  Just enough to buy a car and help me get started in self-employment as a photographer in the social market.

The state of press photograph today
Apart from a few exceptions, the standard of press photography today is generally bland by comparison and in some cases pretty abysmal.  Just about anyone can point their mobile phone at a something and email it instantly to a newsdesk.  You can still call it a ‘photograph’ but only in as much as it is an image created by light passing through a lens.  Not the telling, informative, creative, documentary photographs taken by real talented photographers dedicated to getting every ounce of quality, every nuance of the ‘story’ and most importantly the type of picture that instantly relays the correct message to the readers.

Damn it all, I inadvertently became part of this new breed of non photographer myself last year.  I was driving home from the shop following a freak hailstorm last August when I came across a three inch deep “snowdrift” at the side of the road.  Not something you normally associate with even our crappy British summers!

Not having a Nikon with me, I took a couple of shots using my Blackberry smartphone and uploaded them to my Facebook page purely for the novelty value.  Shorty afterwards the Blackberry reverted to it’s other use and I took a call from the Daily Express who wanted to run the picture.  I explained it it had only been taken on a mobile phone, only to be told “no problem, so are half the pictures we use in the paper these days”!

Whilst I was glad to accept cheques from the Express and the Mail totalling £350 for running the picture, I was saddened by the realisation of what had happened to the standards in my former profession.

The wedding and portrait sector 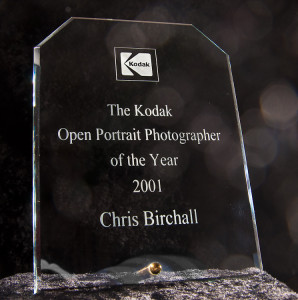 And it is not just press photography that has suffered.  Because the general public have began to accept poor quality imagery as the norm, they no longer see the value in good photography.  How many times have I heard people say things like “My son’s a good photographer.  He’s got one of those DSLR things with a big lens …and he’s got Photoshop”!

It seems just about anybody can pass themselves off as a pro these days due to the relatively low price of entry level DSLRs …with a big lens!  They are doing so in their droves, charging very low prices for poor quality work.  And yes, most either go bust or simply pack it in after twelve months because yet another idiot has come along and undercut them,.  The cycle goes on and in the meantime the damage is done because the public come to believe that this is what you pay for professional photography!

David Bailey and Professional Saucepans
All this reminds me of a story I once heard about the fashion photography icon David Bailey. He’d apparently accompanied one of his four wives to a dinner party and on arrival the hostess blurted out:  “Oh I really love your photos Mr Bailey – you must have a really good camera!”

At the end of the evening, the cockney snapper returned the… erm…  ‘compliment’  “I really loved the meal – you must have a really good set of pans”