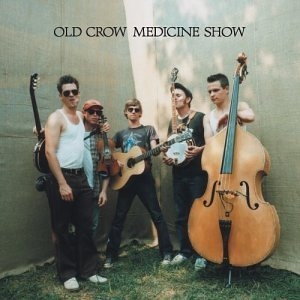 No one could ever accuse Bob Dylan of writing bad songs. Sometimes, however, he doesn’t finish writing songs.  But when that happens, there is a remedy. Enter Ketch Secor.

A case in point is Wagon Wheel.

As a teenage wannabe in Harrisonburg, Virginia, Ketch was a huge fan of Dylan.  He collected every record ever released and was intrigued when one of his school pals and future bandmate, Critter Fuqua, returned home from a family trip to London with a Bob Dylan bootleg.  The tape contained a rough outtake called “Rock Me, Mama”. It was a 40 second crudely recorded clip featuring a catchy chorus and a mumbled verse that was hard to decypher.

The tape had been discarded from recording sessions for a cowboy movie soundtrack back in 1973. Secor recalls how he found it catchy and so added his own words.  After joining his first band at the age of seventeen he sang it all around the country for the next ten years, without even thinking about copyright implications.

With the formation of The Old Crow Medicine Show and the band’s commercial success, Secor wanted to publish the song on their self titled album.  He wrote to Dylan’s management and was delighted to not only get the big man’s approval but critical acclaim, and a 50/50 royalties deal.

Following the success on the album, Wagon Wheel became a firm favorite at their live shows all over America, going gold in 2011 and platinum in 2013.  And then this Spring a cover by Darius Rucker became a number one hit in the American country charts. 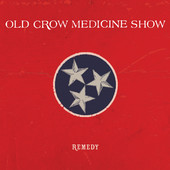 Sweet Amarillo
In the wake of Wagon Wheel’s success, Secor was in for another surprise.  Out of the blue an email arrived with a 26 second outtake from Dylan’s same 1973 movie soundtrack writing session together with with a message from the man himself saying “Would Secor want to take a crack at it?”

The result was “Sweet Amarillo”.  Secor sent a demo to Dylan who suggested a couple of changes and the resulting song has now taken pride of place on the band’s new album Remedy  released this week on iTunes.

Have a listen to the original Dylan version and then beneath it the band’s official video of Wagon Wheel.