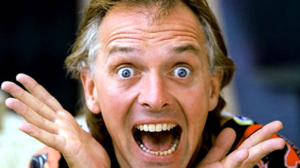 I have been privileged to have lived through a period that saw the rise and fall of television.  That device which injected into our homes and our mentality something that, with the best will in the world, attempted to pass itself off as “entertainment”.

The ancient Romans were probably the first to embrace the concept of entertainment by gathering the masses into huge amphitheatres to witness the slaying of lions by gladiators.

Prior to that the emphasis was on personal survival, rather than that of the man versus beast spectacle that was biased in favour of the wild beasts when a neerdowell criminal was “thrown to the lions” and conversely in favour of the highly trained chainmail-clad “superstars” of the day armed to the teeth to ensure a victorious outcome.

It was perverse. It was cruel. But the crowds obviously loved it.  Thus “entertainment” was born.

As time went on man took to play acting and the Gladiators and wild beasts were replaced in the amphitheatres by actors telling stories through action and words.  there were tales of woe and high drama and there were the early comedies.  Shakespeare, of course being a major influence in this direction.

The open-air amphitheatres were replaced by specially constructed theatres, and so acting developed and became ever more sophisticated as a means of entertainment.  Over many centuries it evolved and became more and more diverse with everything from the highbrow to the bawdy.  Entertainment for all.

Then along came television.

It started out very crude and basic.  It attempted to emulate the theatre but at first the highbrow end of things it failed miserably.  Those grainy black and white flickering images and the poor sound quality just couldn’t compete with live theatre.

But hey.  Muffin the Mule was pretty good, and so were the Flowerpot Men.  These were my first memories of television. and through the fifties and sixties I saw it grow.

Television entertained and educated, so much so they added a third channel to give us more choice.

Fast forward to today.  And what have we got?  Literally hundreds of channels giving us a huge choice of the flavour of complete and utter drivel.  We are being force fed on garbage. 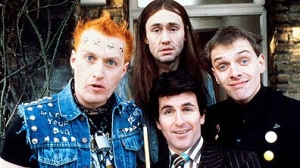 The only decent channels now are those that play the repeats of the golden years of television. The seventies, eighties and nineties.

I could list dozens and dozens of shows such as Fawlty Towers, Rising Damp, etc., that ‘really’ entertained. It would fill a page. Several in fact.

But if I had to list one show that defined the era, a show that I howled laughing to time and time again, a show that represented the anarchy of the time, that in its own way became a political statement of the hard times we were going through, it would of course be The Young Ones.

My two favourite characters were the show’s creators, the geniuses that were Ade Edmondson and Rik Mayall.

Both went on to do so much more of course.  Together they created Bottom and then both carved out their own careers giving us some absolutely fabulous and memorable moments in television history as well as in the theatre and film.

Today, at far too young an age, we have lost one of those geniuses.

There have been many tributes, and no doubt many more to come, but the one Rik himself would have approved of most of all came from his long time buddy Ade Edmondson: “There were times when Rik and I were writing together when we almost died laughing.“They were some of the most carefree stupid days I ever had, and I feel privileged to have shared them with him. And now he’s died for real. Without me. Selfish bastard.”