Scouse of the Rising Sun

“Scouse of the Rising Sun has the right amount of silliness and slapstick, blistering one-liners and a plot steeped in international espionage, all expertly woven into a wonderful patchwork blanket of musical mayhem that will have you laughing until you cry” 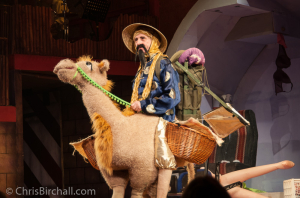 After a highly successful run of seven years with the same writer, surely it’s not possible that a change could be as good as a rest?

Many doubted it. In fact I wouldn’t mind betting quite a few reviewers had prepared the phrase “Come back Fred Lawless, all is forgiven” ready for use in this year’s Christmas show reviews.

In the event, such rhetoric would have been totally unwarranted. Scouse of the Rising Sun has taken to the Royal Court stage like a duck to water, and the audiences are taking it into their hearts. 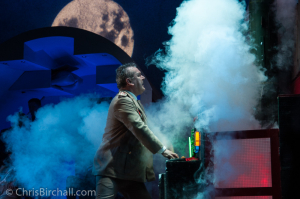 To his credit, the script’s writer Kevin Fearon has resisted the temptation to deviate from the winning formula. As executive producer, he’s worked closely with all of Fred Lawless’s scripts over the years.

He has seen the way directors like Bob Eaton interpret them and how the actors, chosen for their unique brand of ‘scousness’, deliver the carefully crafted lines with precisely the right measure of innuendo.

Most of all he knows the Royal Court audiences, what they want, what keeps them loyal and coming back for more. 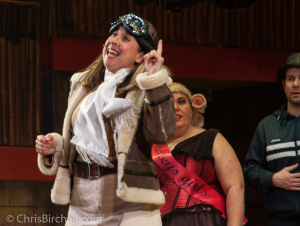 Scouse of the Rising Sun has the right amount of silliness and slapstick, blistering one-liners and a plot steeped in international espionage, all expertly woven into a wonderful patchwork blanket of musical mayhem that will have you laughing until you cry.

And what a patchwork… From disco to contemporary dance, from Shakespeare to James Bond, from Queen to Waltzing Matilda. Not to mention the zaniest version of “House of the Rising Sun” that you are ever likely to hear. All credit to musical director Howard Gray and his four-piece band tucked away in the upper reaches of the cleverly designed stage set. 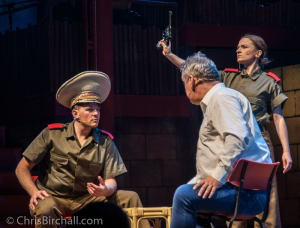 All eight actors have an intimate knowledge of the Royal Court stage. Each one of them injects a uniqueness into their portrayal of their larger than life characters. There are no ‘bit parts’. They each share the lead with one another.

It’s not just me!
How ever much I am enjoying a show myself, I always take time to look around me and soak up the reaction of the rest of the audience. That mutuality was very much in evidence. The uncontrollable laughter, the cheers and jeers, and the enthusiastic applause was testament enough.

Every year I wonder how these Christmas shows could possibly get any better, yet every year that’s just what they do. And this one is no exception.

Get along and catch this wonderful show between now and January 14th. You deserve a treat!

Merry Hell at the Hermon Musicians lost to 2016