Shamed by your English?

I was having a nostalgic look through a collection of adverts from the 60’s and 70’s, when I came across this one.  At first I thought, “Wow!  Maybe they should run this course again for people who have either never learned, or forgotten, the proper use of English”.

After all, I’m surely I’m not alone in despising the way so many people have lapsed into using “text talk” for the likes of Facebook is such a way it is becoming normalised.  At this rate Pidgin English could become the accepted universal language in the not too distant future.  Just look how the language has deteriorated and become less colourful and less illustrative in the relatively short time since the Shakespearian era

When I looked a bit closer at this advert I discovered that it was in fact a comic book parody of a real advert from the 1960s.   Full versions of the original and the comic book version are shown below: 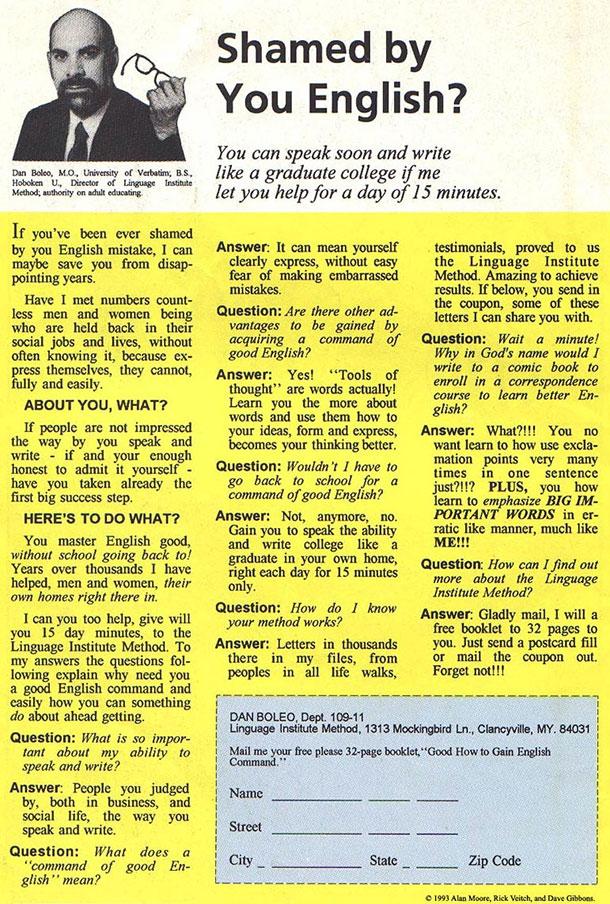 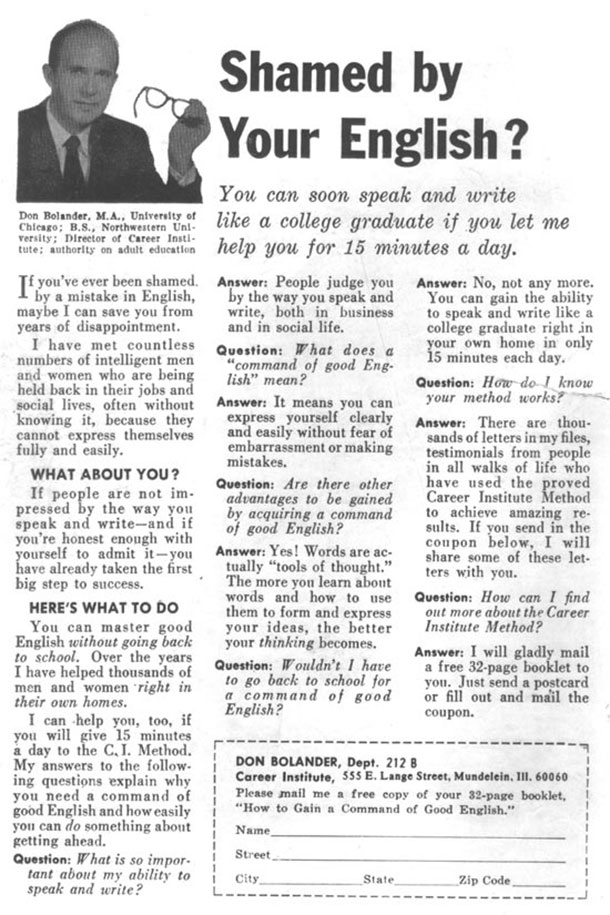