Well this could be one of the easiest reviews I’ve ever written.

In fact I could just write “fabulous” and leave it at that. Because that one word sums up this …erm …well …fabulous show.

Or maybe I could string together a whole bunch of superlatives. 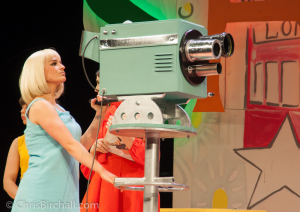 Right from the get-go, this is a high energy musical and visual treat as it takes you, through the eyes of these lovely young women, from the early stirrings of emancipation in the fifties through the swinging sixties and into the seventies, charting the journey women took from a time when their only aspirations would have been to marry and be a dutiful housewife, to a position of strength and independence. To a time when young women knew what they wanted from life and went for it (even if some aspired to marry a Beatle!) 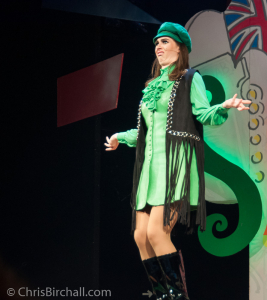 To put together a cast of six actresses and four musicians who gel and bounce off one another and feed off each other’s enthusiasm is no mean feat. But when you realise the entire cast are graduates of the Liverpool Institute for the Performing Arts (LIPA), it’s amazing.

Not only that… it was produced and directed by LIPA graduates too. And the fact that pretty much the whole shebang has been put together by graduates has to be a fine testament of both that excellent institute based in Paul McCartney’s old school, and to the remarkably talented youngsters growing up in Liverpool today. 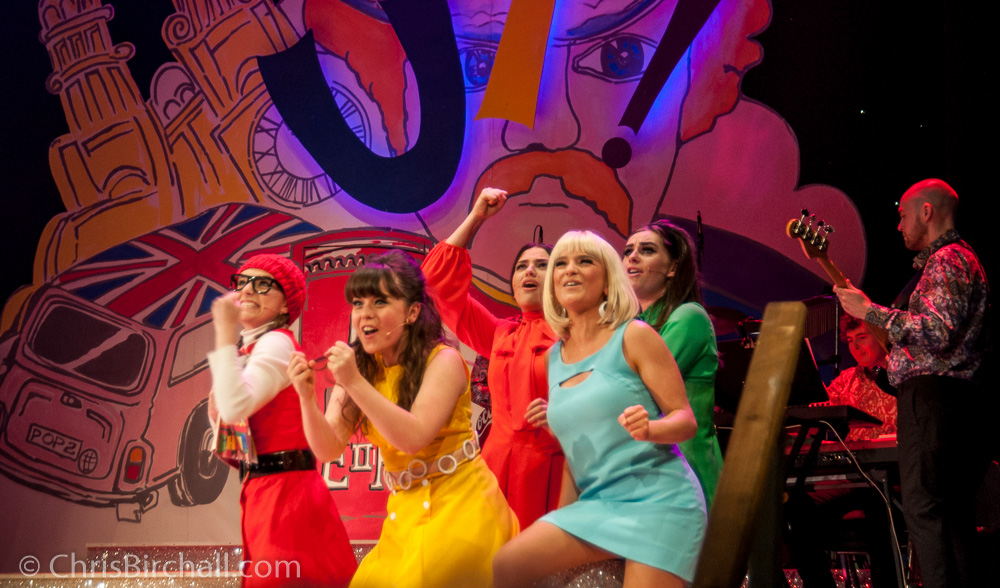 The show was originally staged as an end of term production at LIPA. Then following rave reviews, was taken to the Edinburgh Festival – TWICE!

In their ultimate wisdom, the Royal Court decided the time had come for this beautiful old Art Deco theatre to reverberate to the sounds of SHOUT! the Mod Musical. 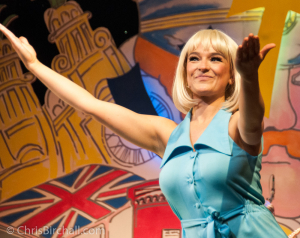 It would be wrong for me to pick out any one of those girls to be ‘man of the match’ (wrong on so many levels!).  They were all superbly talented actors, singers, dancers. If pressed to pick out a favourite moment, however, I would probably say it was when Evangeline Pickerill sang “I Just Don’t Know What To Do With Myself” with exactly the right mix of emotion and humour as her ‘Yellow Girl’ character lamented over the fact Paul McCartney was about to marry someone other than her.

But each of the girls had their ‘moments’ and in abundance. They all had superb voices and their performances were faultless. Hayley Hampson, Emily Chesterton, Sarah Folwell, Miriam O’Brien and Katie Tyler are all names you will be reading in rave reviews for many years to come. 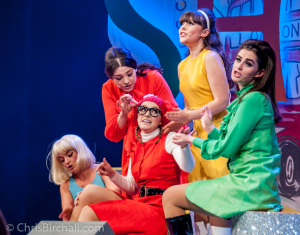 Even if you (together with the entire cast) are too young to remember the sixties, when the sounds were big and cars and skirts were mini, you will thoroughly enjoy this uplifting show. The entire Royal Court audience last night were on their feet at the end singing along. I can pretty much guarantee that will be the case every night before this show ends on the 4th of June. It’s only a (far too short) two week run. Please don’t miss it!

Click the pictures to enlarge.
I defy you to scroll through without saying YES I’m gonna see this!