Wow! I know buildings go up pretty fast these days – but the guys working on the new apartments by the roundabout at the bottom of Ruthin’s Market Street must have had steroids in their flasks of Bovril! 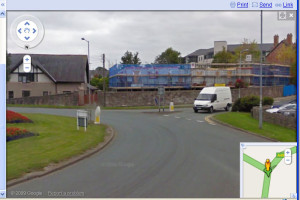 As you can see, when the Google Street-View Camera Van joined the roundabout from Park Road, the new building  (top right) was only completed up to the first storey. 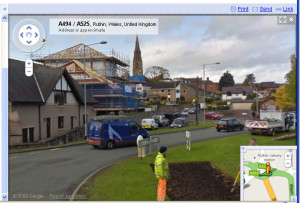 By the time it had gone halfway around as far as the Station Road exit, the builders had completed the other two storeys and were already putting the roof on!

Who says British workmen are slow??!!