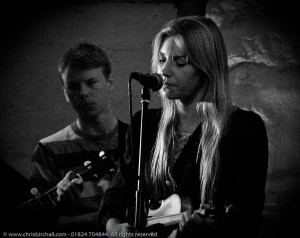 Ruthin AllStyles Music Club have always prided themselves in putting on guest performers from far and wide.  Our little club has played host to singers and groups from the far flung northern reaches of Lancashire, Cumbria, Tyne and Weir, and from the south as far as France.

Last week however, our visitors travelled 14,904 miles, give or take.

The Blue Mosquitoes are an a vibrant energetic young band from Tasmania with a growing reputation in both the Australian and British music scene and it is plain to see they are going to have a big future.  Their appearance at Ruthin was part of their 2013 tour of the leading UK Folk Clubs and Festivals to promote their soon to be released ‘Live in the UK’ album. 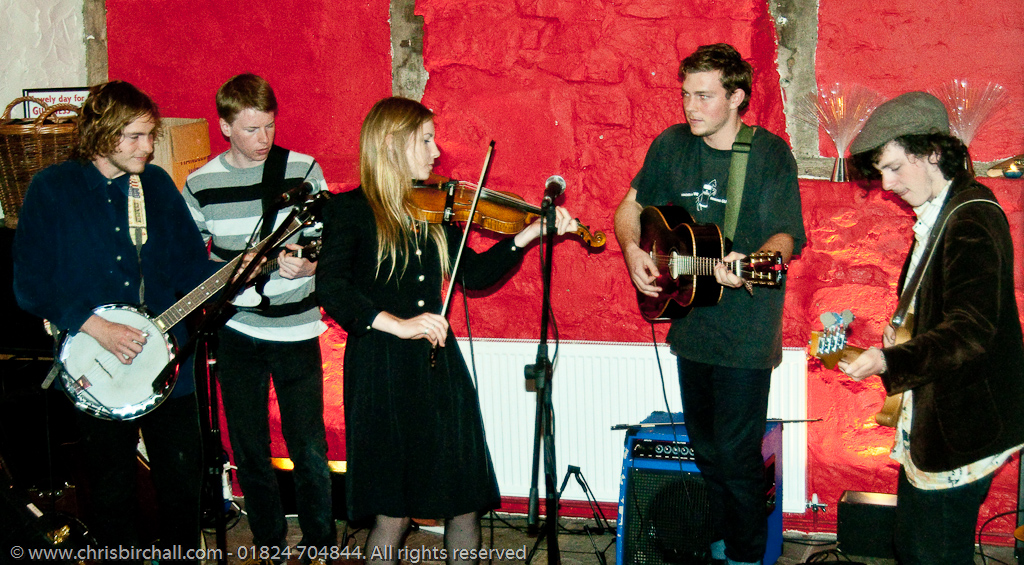 Performing mainly self-penned numbers in the folk-rock genre, they certainly lived up to their reputation.  The band is fronted by 21 year old fiddle player and singer Hannah backed by her brother Stuart (mandolin and guitar) her cousins Hugh and Declan (banjo and guitar) and bass player Jed.

Their powerful and captivating music was busting with an energy that was matched by their musicianship that kept the audience at the Cross Keys enthralled throughout the evening.

And if that wasn’t enough, they brought with them their own support act in the form of former band member Chris Coleman.

Chris was joined by Hannah on fiddle for some of his numbers and his more melancholy style was a lovely contrast to that of the band, making for a wonderfully rounded program.

One audience member said afterwards that he actually felt embarrassed paying a mere a fiver to see such talent!

Ruthin AllStyles Music Club meets at 8.00pm every Thursday at Ye Olde Cross Keys Inn.  Most Thursdays are “Singers Nights” were a warm welcome awaits visitors whether as performers or just to listen.  Admission is just £1 on the door.

The Blue Mosquitoes Videos The Growth