…Oh yes they do. They even put up a sign to advertise the fact! 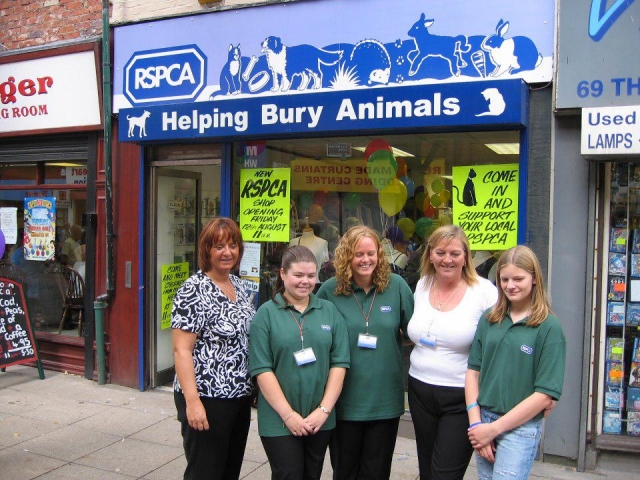 It was not the intention, of course, but when they opened a new charity shop in Bury, near Manchester, they erected a lovely new sign announcing they would be “Helping Bury Animals.”

Unfortunately, whoever was responsible for getting the sign made failed to realise that the sign was suggesting. they would be helping bury animals rather than helping local animals in Bury!

The culprit’s name hasn’t been released, although I reckon it’ll be one of the five ladies in the picture who all seem to be going around with their eyes closed!

The sign has since been replaced but not before the picture ended up going viral on Facebook!