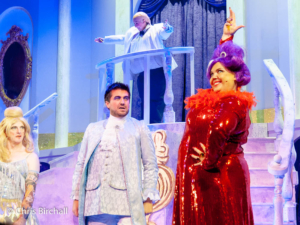 Well, here we are again. It’s that time of year when everything goes tattyfilarious. And when it comes to getting into the Christmas spirit, there’s nothing like a good old traditional pantomime.

And The Scouse Cinderella is nothing like a good old traditional pantomime.

The Royal Court has a tradition of putting on raucous comedies at Christmas time. Grown-up shows with a seasonal flavour aimed squarely at grown-up audiences. A sort of antidote, if you like, to the usual Yuletide family shows. 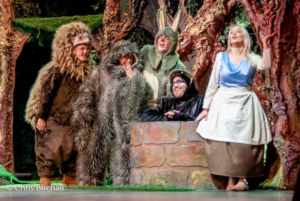 The Scouse Cinderella, however, is more closely aligned to traditional pantomime than any staged at this venue over the past ten or so years. Its title alone, suggests so – and it has two Ugly Sisters, a Charming Prince, Buttons and a Wicked Auld Fairy Godmother.

But don’t be fooled into thinking that ‘The Court’ has bowed and curtseyed to the countless collection of children’s charades being staged throughout the land. 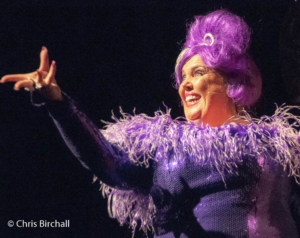 Let’s put it like this, it’s defo not for kids – in fact, it says so on the programme – and if you’re going to take your granny, make sure she’s au-fait with the expletives. This show has less ‘veiled innuendo’ and more ‘in yer face’ coarse comedy; less double-entendre and more ‘exactly as intended’.

And that, of course, is precisely what the producers intended. It is a comedy designed to delight the faithful hoards of laughter lovers who have flocked through the theatre’s hallowed art deco entrance year in year out for their dose of adult Christmas fun. 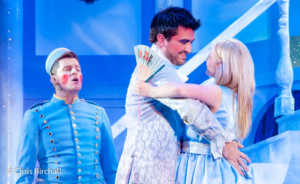 Writer-director Kevin Fearon took no chances when it came to casting, selecting actors who know exactly how hard to hit the funny bone.

The Fletcher brothers Stephen and Michael, perfectly play the proud prince and the down-trodden Buttons. Comical Keddy Sutton is, one minute an Owl, the next a flatulent Mayor. The larger than life Lindzi Germain is magnificent as the scheming Fairy Godmother with a singing voice that is one of the most powerful in the business. 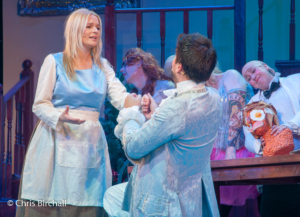 Also larger than life is the darling Hayley Sheen, whose singing voice is as sweet as Lindzi’s is strong, and whose Cinderella outfits were carefully chosen to conceal her progressing pregnancy. Due to the fact that this show runs for eight of those waist-expanding 36 weeks, the producers have very wisely engaged an under-study for the duration.

Eva McKenna will not be languishing in the wings, however, as she was also assigned the part of a hilariously inept stagehand who continuously “breaks a leg” (theatre parlance for appearing on stage) and manages to break everything she touches. This adds such a clever extra layer of comedy that makes me hope they have got an under-study for the understudy, should Eva be called upon to step into Cinderella’s glass slippers. 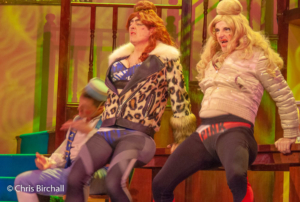 And as Ugly Sisters go, you would have to walk many a pantomime mile to find two finer examples of the genre than the perfectly dour Paul Duckfield and the amazingly hilarious Andrew Schofield.  Their escalatingly drunken version of ‘The Twelve Days of Christmas” was one of the funniest things you will ever see. Pure musical comedy gold.

If all you do is sit watching rubbish television this Christmas, you will be missing out on far better entertainment, with more humour than a hundred hapless stand-ups and better music than an extortionate estimation of X-Factors, all served up live by a truly talented cast at this wonderful theatre.

The Scouse Cinderella runs (at least) until the 19th of January. There is no guarantee that the run might be extended as sometimes happens, so do get your tickets booked. You really don’t want to miss this one!

There aren’t enough stars to give it a star rating. Honestly – it’s just too good!

There’s Something About Simon Filming “A Certain Kind”