Twopence to Cross the Mersey 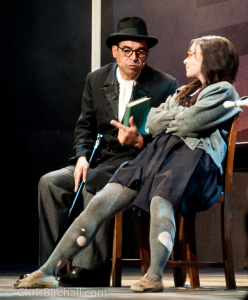 Adapted from the autobiographical book by best-selling author Helen Forrester, Twopence to Cross the Mersey tells of a family who return to Liverpool in the early thirties, having lost everything in The Great Depression that followed the Wall Street Crash.

In adapting the story for the theatre, writer Rob Fennah chose to have the actors narrate the story from the stage, taking it in turns to intersperse the narrative with the dialogue as they enacted the various scenes.

This  is not an easy technique to get right, and is one that could easily have left the audience lost and confused.

In this case however, Rob Fennah had tackled the script with text book precision, without losing sight of the emotion and compassion. And together with the masterful direction of Bob Eaton, and a dedicated and talented cast, they executed it to perfection and kept the audience attentive and enthralled throughout. 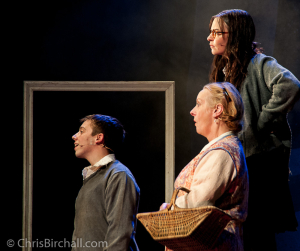 Certainly, watching the story unfold, made this reviewer reflect on the fact that however much we feel badly done-by under today’s austerity measures, we really don’t know we are born. It also gave me something of an insight to the lot of my dear late father who was born just fifteen days after Helen Forrester and was a young teenager in Liverpool at the very time in which this play is set.

Each of the actors conveyed the harshness of the situation and the desperation that families, especially the large families, must have felt. But as hard as the times were, the people of Liverpool still managed to find a little humour, and this was delivered magnificently by Royal Court stalwarts Eithne Browne and Jake Abraham, in measured amounts of comedy that didn’t take anything away from the drama. 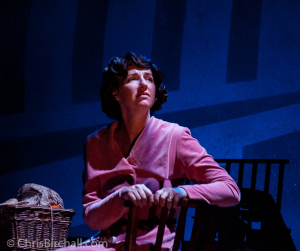 Whereas the rest of the cast portrayed three or more characters throughout the play – and in Eithne Browne’s case no fewer than nine – Maria Lovelady played just the one, that of the central character of Helen Forrester herself.

And it was no mean feat. She was on the stage for pretty much a hundred percent of the time and she captured the hearts of the audience as she went through the extremes of emotions from sheer joy to the depths of despair.

The Royal Court is renowned for its rawkus comedies. This of course is a drama. But it’s not a dark and heavy drama. It”s a play about this family coped with hard times. And in fact, Twopence to Cross the Mersey ends with a light at the end of the tunnel, but at the same time, knowing that the Second World War was yet to come, you are left wanting more. 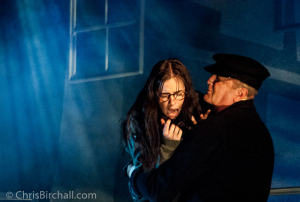 Well there is more to come. For Helen Forrester wrote four novels about her time in this great city and writer Rob Fennah is already working on the sequel “By the Waters of Liverpool”.

This play gets five stars from me.  And although it will continue on a tour of six other Merseyside and North Wales venues, you really should get to see it at the magnificent Royal Court before it departs on October 8th – and that, as they say, is my two penn’orth!